During the NEXTGen event in Munich on Tuesday 25 June, BMW launched the BMW Points app. The app makes it possible for users to actively contribute to a better quality of life in cities. The first project, in which drivers of plug-in hybrids could earn points by driving electric was 'Electric City Drive', a Rotterdam pilot project initiated by the Municipality of Rotterdam and BMW Group in association with the Rotterdam School of Management (Erasmus University).

For the Municipality of Rotterdam, the launch of BMW Points proves that collaborating with the business sector and knowledge institutes helps achieve the ambition to maintain a good quality of life in the increasingly busy city. This means a sustainable, accessible and energy-efficient city, with clean air and a flourishing economy. It requires an innovative business climate and new solutions. Mobility is one of the first sectors in which these innovations are becoming highly visible.

A three-year collaboration involving the Municipality of Rotterdam and BMW Group focuses, for example, on achieving climate targets, and enables the Municipality of Rotterdam to experiment and innovate. The Electric City Drive pilot project, which was launched in September 2018, is the first project arising from this collaboration. The project encourages drivers of plug-in hybrids to get the best out of their cars. There was also a study of the extent to which the fifty participants increased their share of electric driving. Using an app on a smartphone, linked to the car's display, participants received a notification when they entered the geographically defined Electric Drive City area in Rotterdam's city centre, so that they could switch to the electric motor. 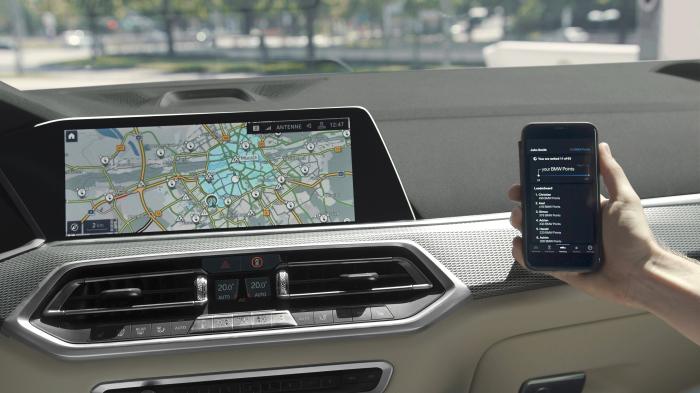 One remarkable result revealed by the pilot was the fact that drivers of plug-in hybrid cars drove electric 93 percent of all the kilometres they drove within the Electric City Drive area. Moreover, the number of electrically-driven kilometres outside the defined area also increased. The main incentives included increasing awareness and a sense of competition.

Here you can view the results of the study conducted by the Rotterdam School of Management of Erasmus University. The technology used in the pilot project served as inspiration for the continued development of BMW Points.

During the transition to emission free mobility in the city the plug-in hybrid is a good interim solution towards all-electric driving: it allows you to drive electric in the city, which means the plug-in hybrid is considerably cleaner and quieter than petrol and diesel cars. The spin-off in the form of BMW Points creates awareness and encourages electric driving, which contributes to the targets for zero emission mobility established in the Paris Climate Agreement and the Rotterdam Coalition Agreement.